I once worked for a guy who was famous for saying, “Always tell the truth, there’s less to remember.” About ten years after working with him I read somewhere that he ended up in prison for fraud. That’s funny.

Nonetheless, “Always tell the truth there’s less to remember” has been a cornerstone of my life over the years. The truth really does make things easier. And the truth always wins out.

I’m in advertising. Advertising hasn’t exactly been a fountain of truth over the centuries. But, as I mention in a previous post, I’ve never once told a lie for a client. The way I see it, there’s no need. Every company has a product or service designed for a specific audience. That audience doesn’t want fluff, they just want to know you exist and how what you sell can help make their lives better. Yes, even in B2B there’s a human on the other end.

Only, since the dawn of time there’s been this crazy notion that you need whistles, bells, and Wacky Waving Inflatable Arm Flailing Tube Men to sell anything.

Nope. All you need is truth, authenticity, and transparency to convince people to buy what you sell. No need to try and be something you’re not. If you sell insurance and your value proposition is customer service, make sure your prospects know it’s the best damn insurance experience they’ll ever have. If you sell high performance widgets, make sure the people who need them know why they’re so great.

In the mid-2000s there was a rush to search engines as a way to supplement traditional marketing and advertising. More and more, people were using the internet to perform research before buying something.

Then, like now, Google was the king of search engines with Yahoo, Alta Vista, and Ask Jeeves following Google’s lead. It was also a time of blackhat SEO marketing. If you had the right budget, marketers promised first-page ranking by employing a few key concepts that were proven to increase rank. This included, among other things, loading up your site with keywords and keyphrases that were embedded in your metadata.

Bing came online as a search engine in 2009, and took a bite out of Google’s market share those first couple of years. That’s when things began to change.

In 2013, Google launched a change to their search algorithm called Hummingbird. What it meant for their customers searching was that queries became more holistic with every word contributing to ‘the intent’ of the search. No longer were keywords critical.

For marketers it meant that all those keywords stuffed into websites weren’t as relevant as the a site’s content on the whole.

The reason for the change was simple. Google is owned by Alphabet Inc. Alphabet (GOOGL on NASDAQ) is one of the most valuable companies on the planet. And while it’s true that Google has diversified beyond search, it’s the advertising revenue as the result of search that made them such a valuable company.

When a competitor comes online it makes you think about how to regain that lost market share. For Google it meant taking a long look at the results of their searches. That’s when they realized that too much of what was being returned for queries was garbage websites that were manipulating their algorithm. If someone who uses Google started getting bad returns on their queries, they’d go to Yahoo or Bing for search. Not that those SE’s had much better returns, but the fact that people were not happy with their Google searches is what concerned the brass at Google

With the release of Hummingbird, marketers had to adjust to the idea of authenticity. In short, Google came out and told marketers – “Just tell the truth.” Essentially, Google demanded that websites spoke more conversationally than ever before. No more keyword stuffing. In fact, this inauthentic, blackhat tactic is now penalized by Google.

Google likes being the go-to verb for search. Their changes in 2013 and beyond have only reinforced their position as the king of search. And all they’re really trying to do is make their search engine more user friendly. More human.

This burgeoning idea of authenticity and truth in marketing and advertising made news this week with another big advertising company, Facebook.

Facebook is fast on Google’s heels the most critical digital platform for advertisers. And why not? There are nearly two billion Facebook users around the world. And Facebook has deep, intimate data on all of these people from email addresses, to locations, to family, to things they like to do and buy. Deep data. Talk about an advertiser’s dream.

During the 2016 U.S. Presidential campaign, malevolent accounts created propaganda defaming certain politicians and then aimed this propaganda at voters in states important to the outcome of the election. We don’t yet know all of the details surrounding this highly targeted propaganda, but today Facebook took out a full page ad in the New York Times addressing these issues. Note #1 on this list.

Truth. Authenticity. Transparency. These are human concepts that help us function as a society. Sure, there may always be people and companies that try to skirt around these concepts to sell things, but we’ll never work with them.

We have finally reached an age when truth and authenticity are rewarded in advertising. And we couldn’t be happier. Because frankly, we don’t do it any other way.

Your audience needs what you sell. They don’t want to be fooled. They just want the truth.

The truth always wins out in the end.

Let us help you tell your company’s story in a way that search engines reward, and your audience appreciates. 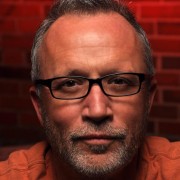